The screen refresh rate is a valuable detail that makes the games more realistic, although you may not notice it in the first place. In fact, when it is combined with high landscape quality, there are noticeable differences, especially in games.

As gamers, we know that high framerate is of great importance in competitive games. However, there is no competitive game in this list, on the contrary, there are products that have quality graphics and can immerse you in their world with a high-speed monitor such as the 34-inch HUAWEI MateView GT. All of the images in the list also support high frame rate, don’t forget to turn it on in settings!

1. Despite its flaws, its open world is an admirable production: Cyberpunk 2077

Yes, we know, Cyberpunk 2077 was launched with a big crisis. However, with the updates it received over time, the game recovered quite a lot. In our opinion, you can evaluate it thanks to the graphics quality and the high frame rate reinforcement that also supports contemporary monitors.

2. Doom: Eternal, where a high face is of great value for those looking for pure action

If your concern is not the story or anything but feeling the pure action to your bones, the newest manufactured Doom: Eternal to go with a suitable monitor!

In this production, which brings the Resident Evil series back together with contemporary gamers, there are huge differences to be made by a large and highly color-accurate monitor.

4. With a decent monitor, it’s about the metaverse cosmos, not a racing game: Forza Horizon 5

Horizon 5, the last member of the Forza series, which brought a new breath to racing games after the years of Need For Speed, is a game that saves you from the boring atmosphere of simulations and peaks in visual realism.

5. How to feel like a real pilot with a high-speed monitor: Microsoft Flight Simulator X

The desire to go to work or school by plane increases after seeing Flight Simulator X, which was made for most of us to live our childhood dream from where we sit, on the wide screen.

6. A Total War Saga: Troy that makes battles experience more realistic than ever before

Strategy game lovers know that the Total War series has a special place. The battles we entered with TROY are now more realistic than ever before. As the commander, it remains only to lean on us and enjoy the visual feast!

7. Let’s go to Asia and get some souls vibes: Sekiro: Shadows Die Twice

We find ourselves as a ninja in Sekiro, one of the immortal productions of From Software, the developer of Souls games. Although the close combats of this game are difficult, it is impossible not to get carried away once you get used to it!

8. The best production with two people on the screen: It Takes Two

It Takes Two, which was selected as Game of the Year at The Game Awards, the Oscars of the game world in 2021, takes you on a fantastic adventure side by side with the person you love for years. The things that can be said about the game are very limited. You definitely need to experience it on a decent screen.

9. It blows your mind, especially with its high refresh rate: Control

Released to consoles first and then to PC, Control involves you in the events with both its story and atmosphere. The better the screen and hardware, the better you play Control.

10. Assasin’s Creed: Valhalla to truly feel like a Viking

In Valhalla, our last address in the Assassin’s Creed series, we get into the brutal Vikings and live the legends of Scandinavian mythology.

The monitor that allows you to enter the world of all these games: the giant 34-inch HUAWEI MateView GT with 165 Hz refresh rate 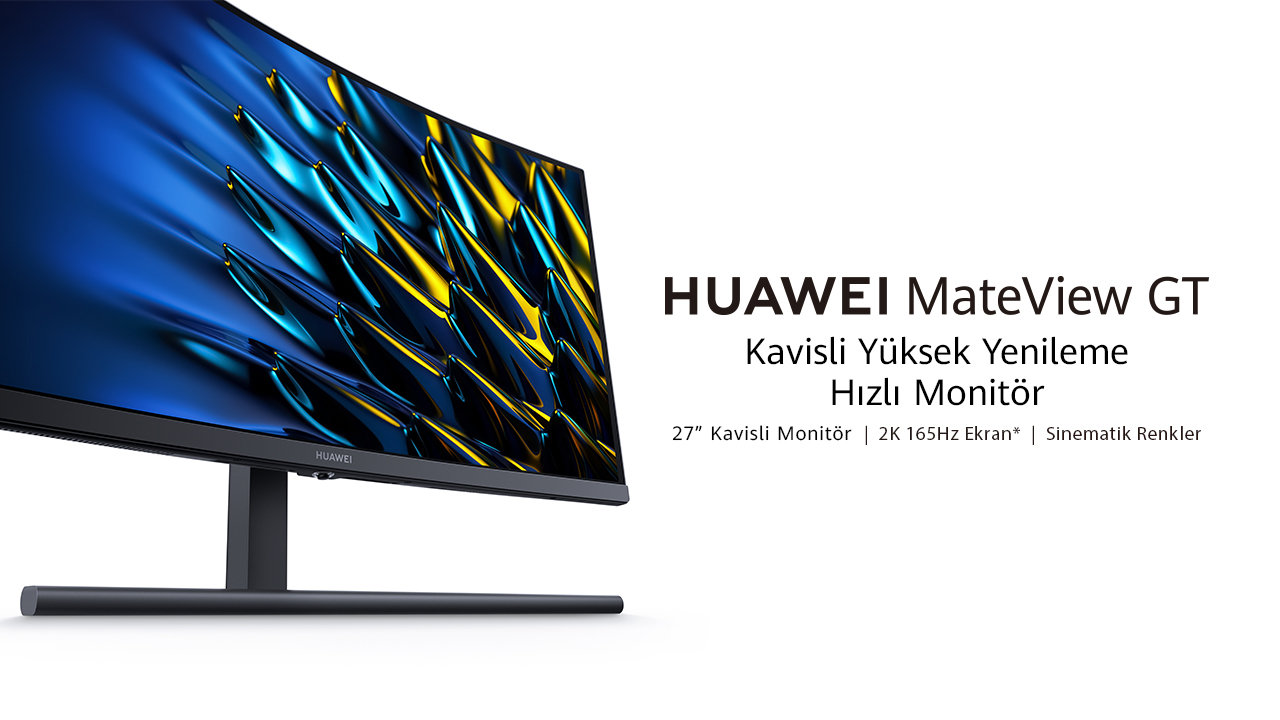 HUAWEI MateView GT, which is one of the most efficient monitors in terms of refresh rate compared to its competitors in the market; With a refresh rate of 165 Hz, it allows you to experience multiple contemporary games at the highest level.

Thanks to a very high contrast ratio of 4000:1, the monitor, which can distinguish between high-level dark and light colors and tones, also provides a visual feast thanks to the Cinematic Colors feature that it offers more than 1 billion color reinforcements. On the other hand, the monitor offers 3K resolution reinforcement with 3440 x 1440 pixels. You can find all the details about the HUAWEI MateView GT here.