Chinese technology giant Xiaomi has been on the agenda for a while with its new flagship phone, Xiaomi 12. The company announced that its new smartphones will be introduced on December 28, with a statement made a while ago. When this is the case, Xiaomi accelerated its shares about the 12 series. The new images served on social media platforms compare the Xiaomi 12 with the iPhone 13. Yes, it’s not a joke. The company has deliberately done this kind of PR work.

Xiaomi shows the size of its new phone in a poster it prepared for 12. In this image, it is mentioned that the Xiaomi 12 screen is 6.28 inches in size and the device width is 69.9 millimeters. The one-to-one poster also includes the dimensions of the iPhone 13. It is emphasized that this phone has a width of 71.5 millimeters, despite a 6.1-inch screen. In other words, Xiaomi is trying to say, “We offer the larger screen in a narrower structure.” 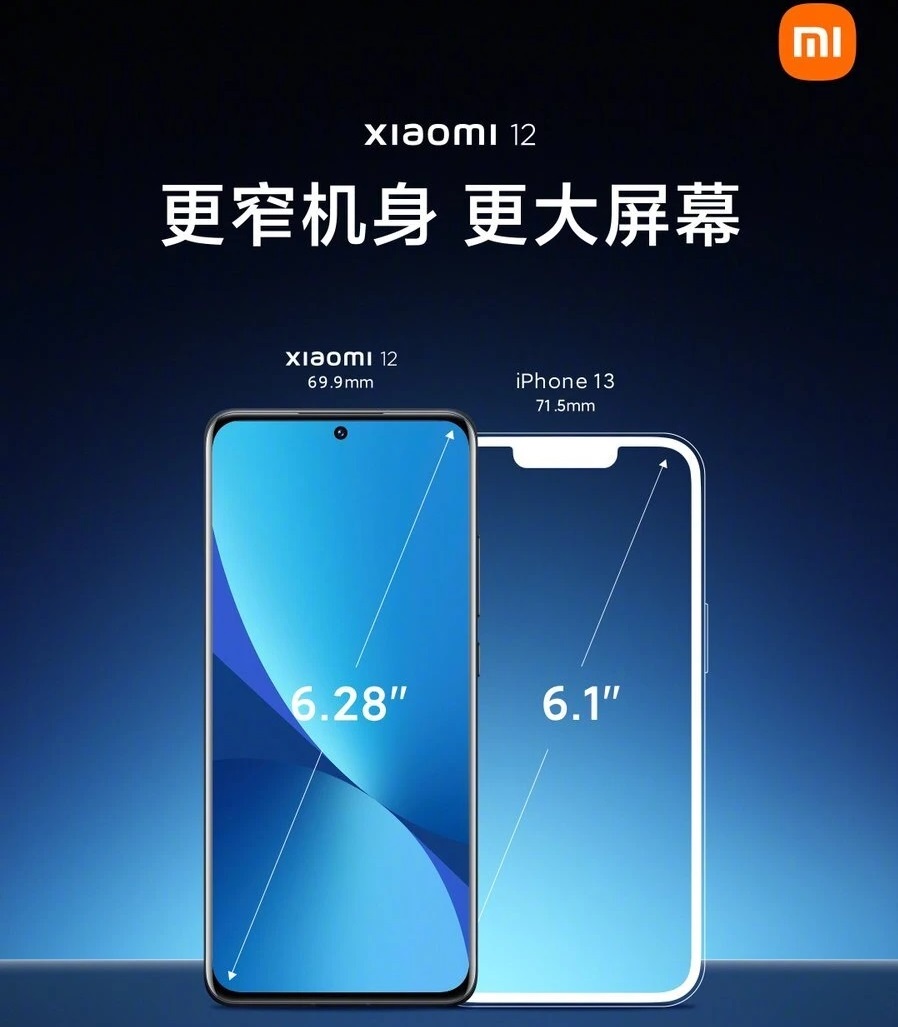 Xiaomi’s comparison of the 12 with the iPhone 13 is not just about this poster. Showing how this situation will offer an experience in real use, the company also reveals in another poster it has prepared, what a difference will be when a user holds the iPhone 13 and Xiaomi 12. This is what that poster looks like: 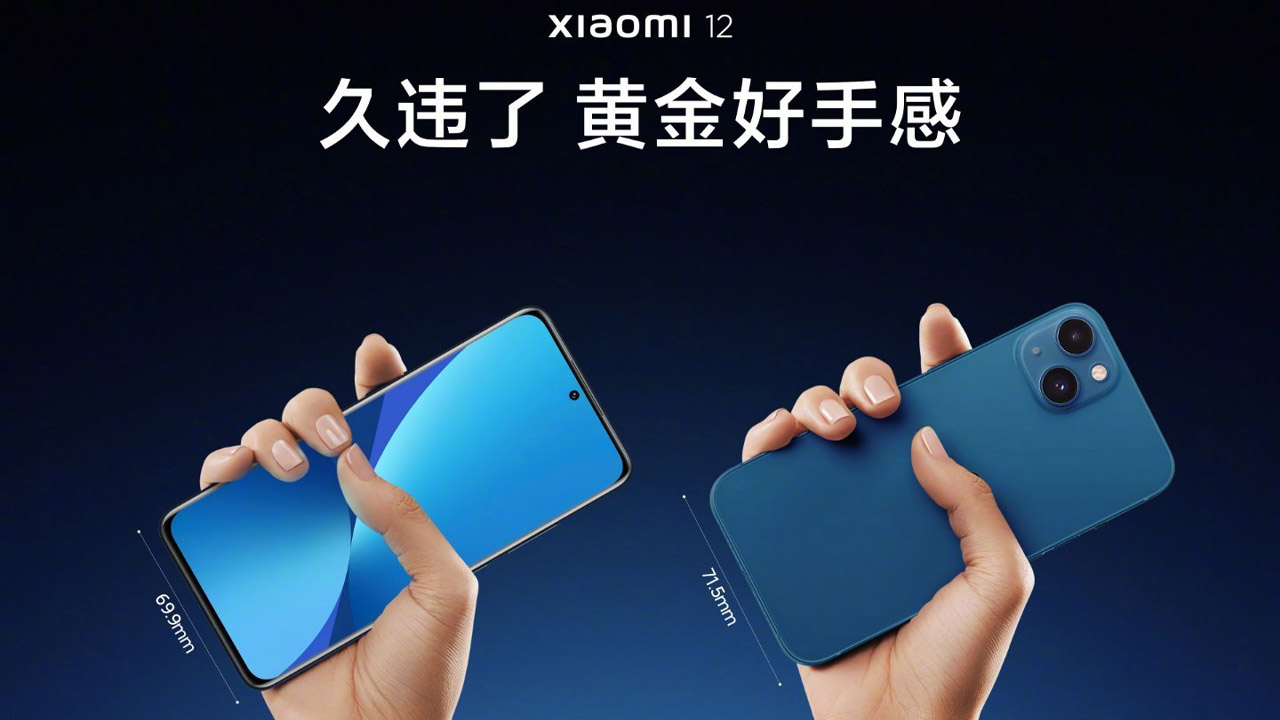 Evan Blass, one of the valuable leak sources of the smartphone branch, also published the official images of Xiaomi 12. The published images revealed that the phone, which will be announced on December 28, will have a leather back cover. In addition, the phone will have green, blue and purple color options, according to the latest images shared. 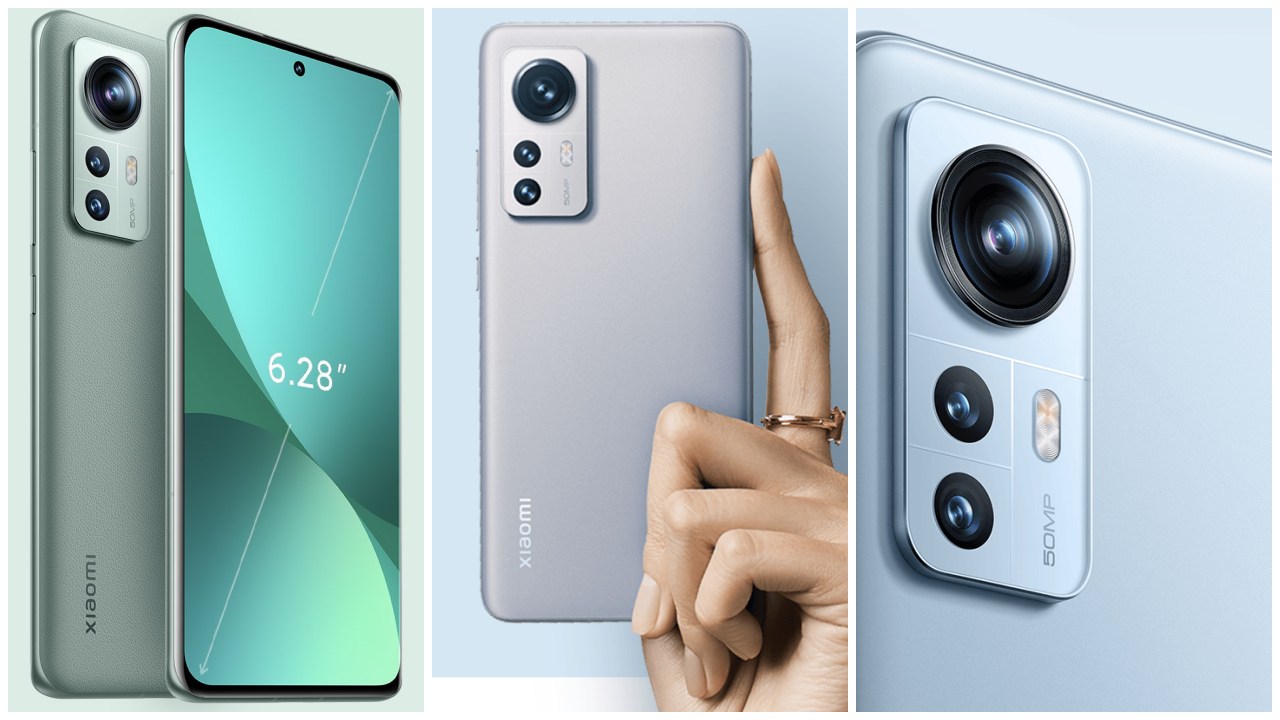 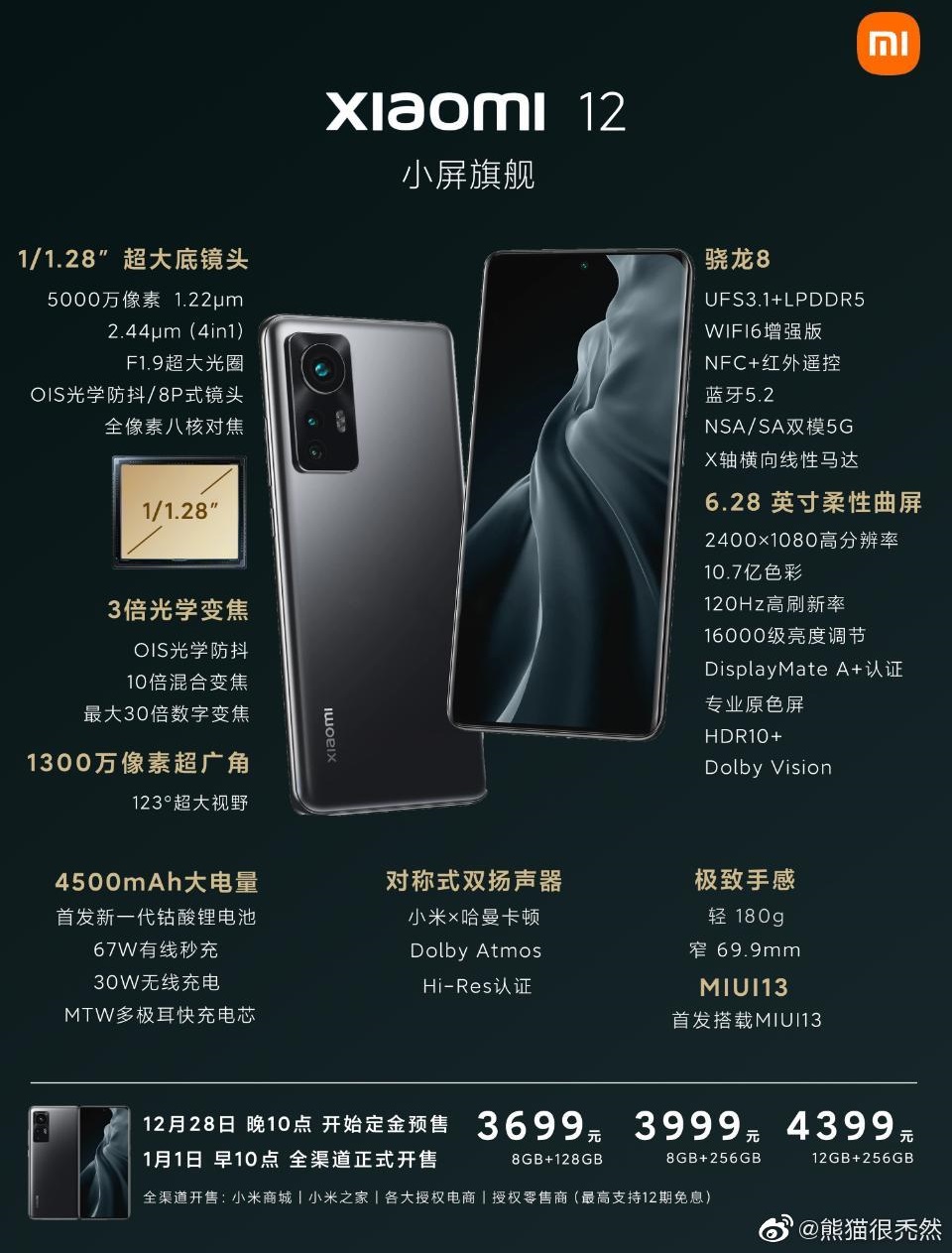