Apple added a different flavor to its angular and straight-edged design approach, which it has continued for years, with the iPhone 6 series. In this context, the new series appeared in a way that was both thinned and softened, and its performance was increased in a way that did not look back to the previous generation.

The series in question was presented to users with iOS 8. However, today, Apple has brought the iPhone 6 and 6 Plus up to the iOS 12 version. Thanks to Apple supporting their devices with updates for a long time, we can still see those who use these devices. Well, in 2021, when the dollar is flying, is it possible to buy a second-hand iPhone 6 Plus? Let’s see together. 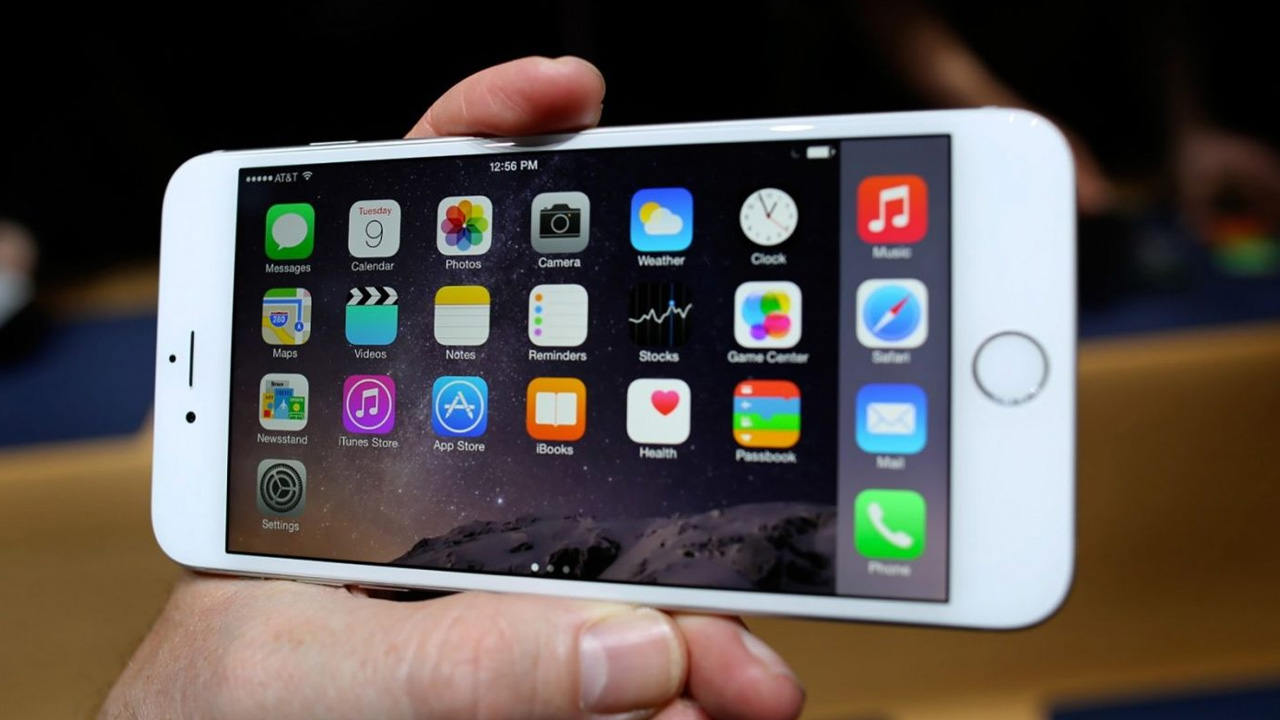 Can the iPhone 6 Plus still be bought second hand?

Since the production of the iPhone 6 Plus has stopped along with the other members of the series, the most prominent cure for purchasing now is to turn to the second hand. We will explain the iPhone 6 Plus with its pros and cons, and add our own interpretation at the end, so that you can see if it is worth all the research you will do around and on second-hand sales sites.

Is the iPhone 6 Plus getting an iOS update and a WhatsApp standoff? 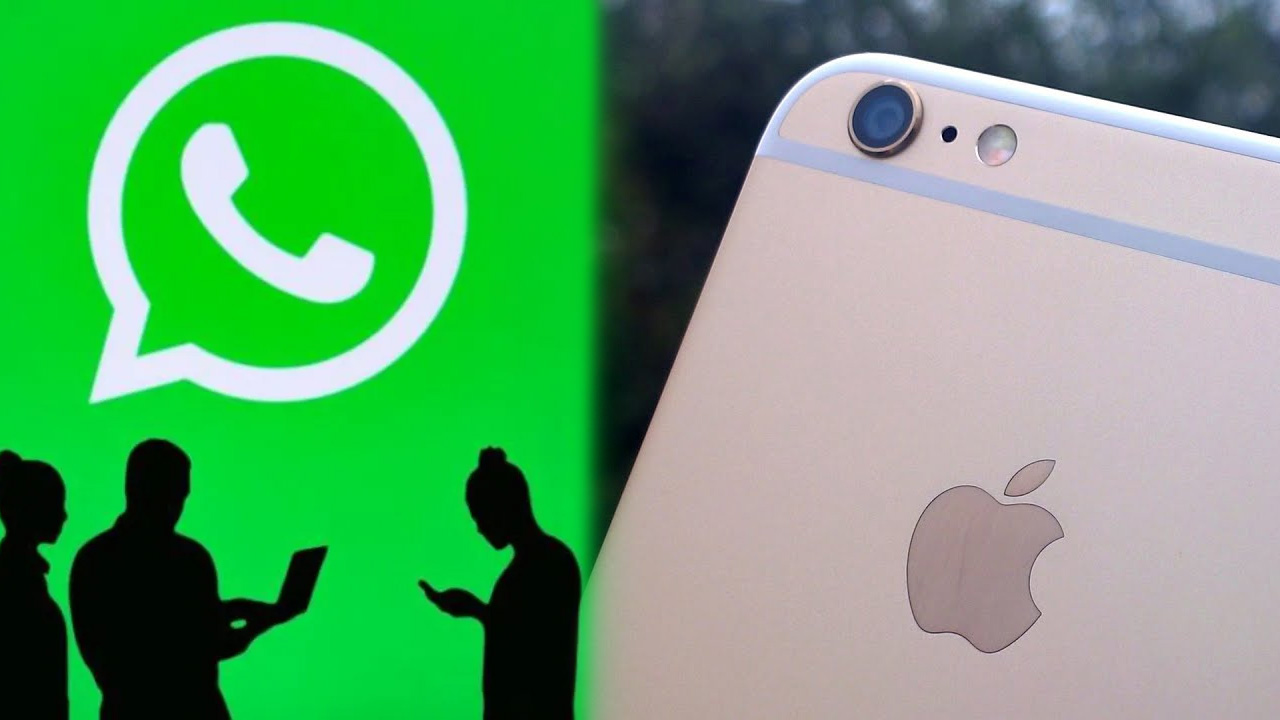 In the past weeks, we shared with you that WhatsApp will cut off many devices. When the iPhone 6 and 6 Plus models appeared in the middle of those devices, complaints were poured on both WhatsApp, Apple and news channels. Although we have not included these devices in our list, it is useful to explain the reason why they appear on different sites.

The reason why iPhone 6 family models were included in the lists shared on some channels was that although the devices came out of the box with iOS 8, WhatsApp would demand at least iOS 10 version. But nowadays, since the iPhone 6 family can be updated to iOS 12 version – as long as you keep your device current – we can say that you don’t have to worry about WhatsApp. 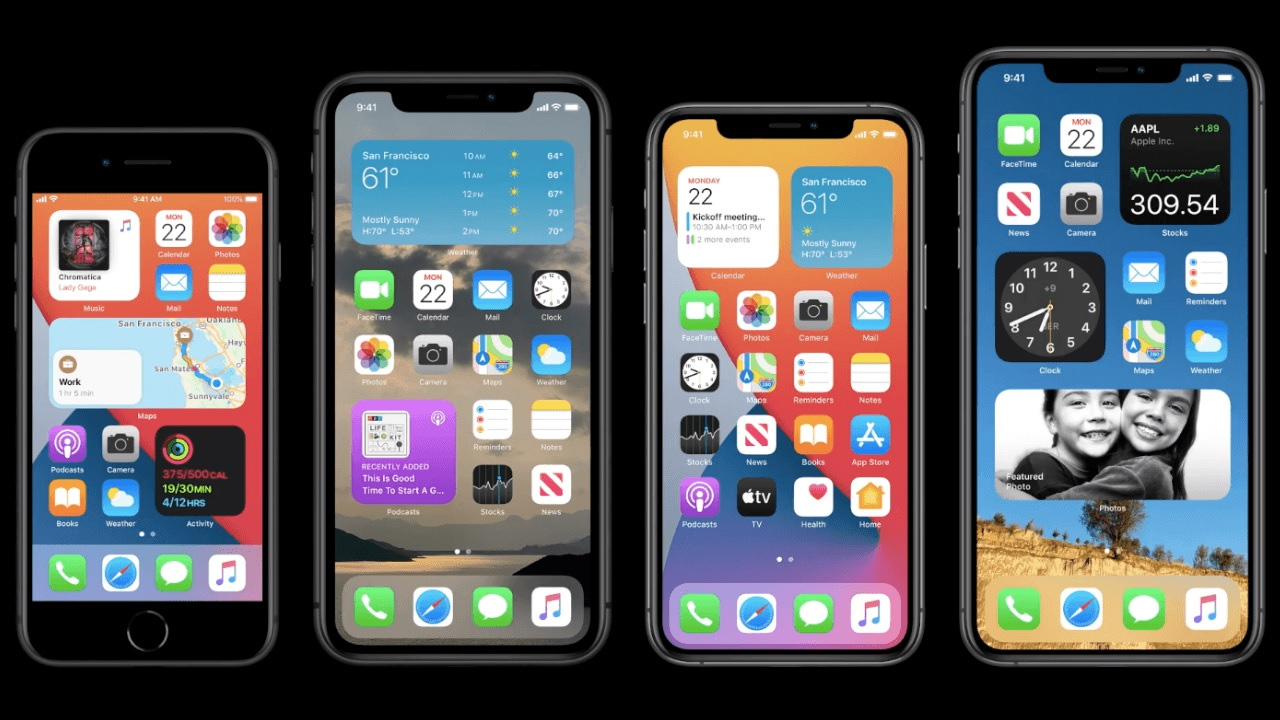 Pros and cons of getting iPhone 6 Plus today: 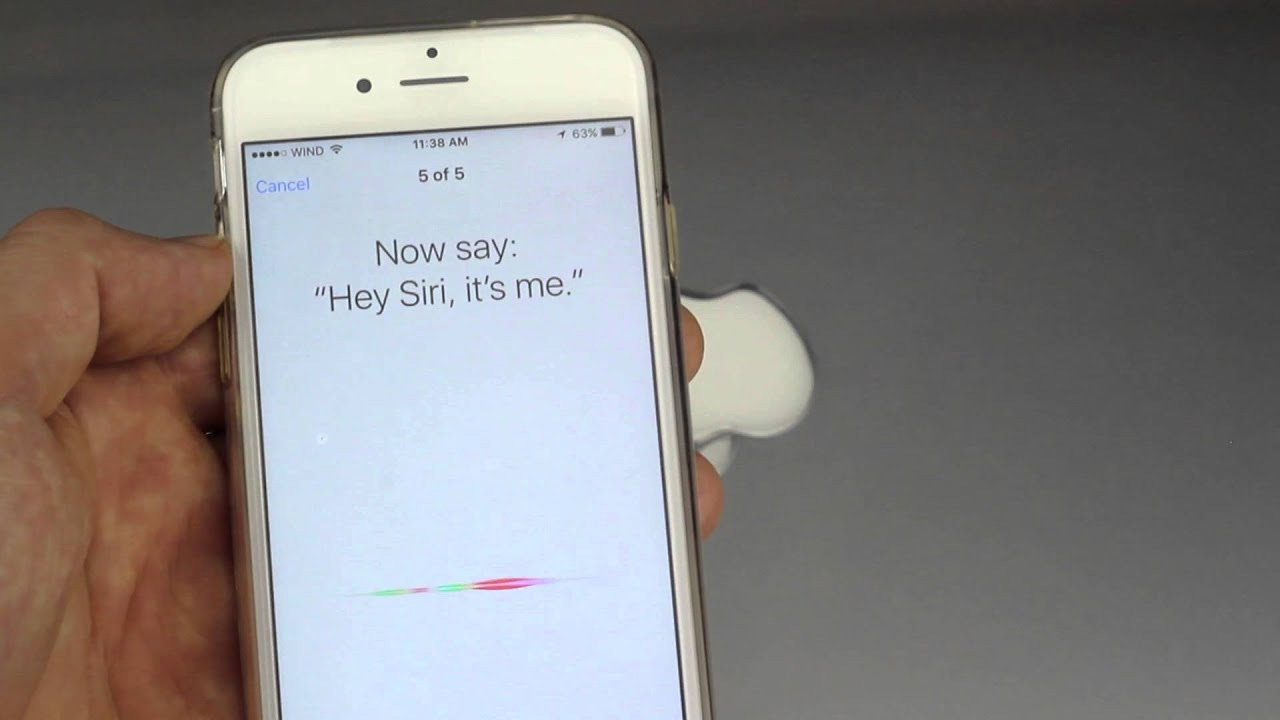 Although the iPhone 6 Plus remains in the latest iOS 12, it still incorporates technologies that are still used today. In the middle of these are features like ScreenTime, Augmented Reality (AR) and Siri. Of course, it should be kept in mind that as time passes, the basis of these services may be cut off. 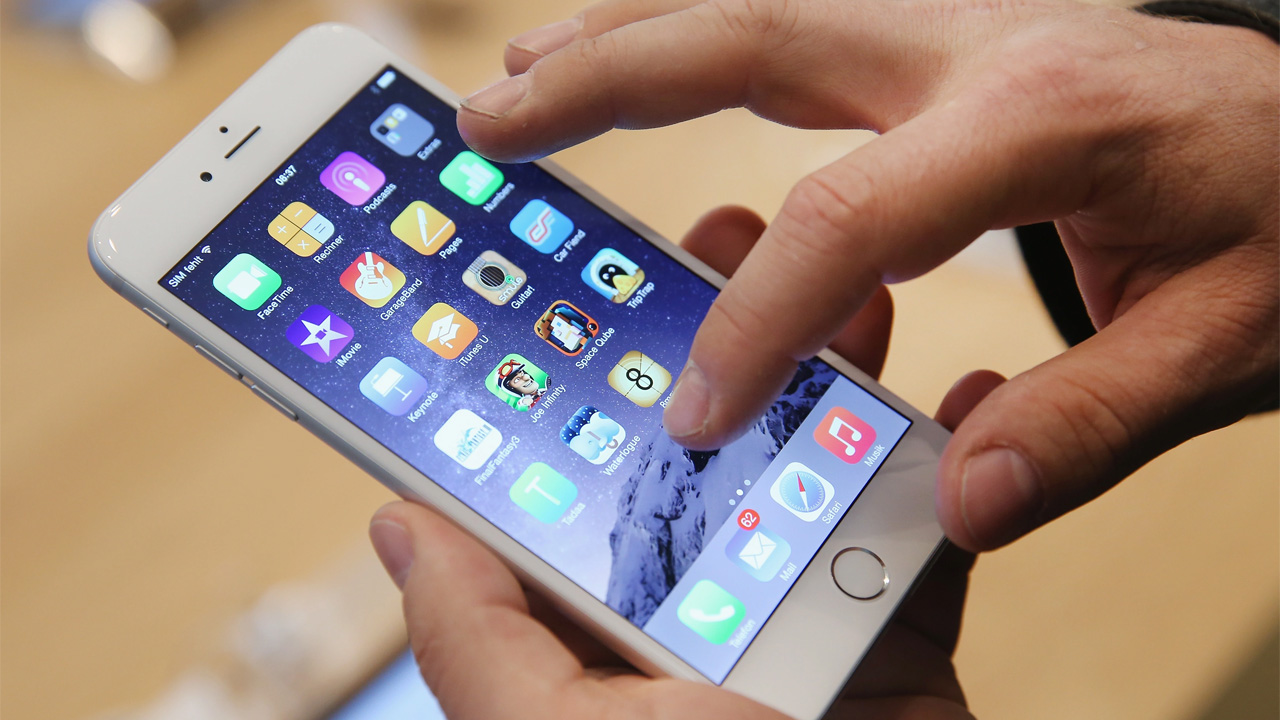 Unfortunately, we cannot see the iPhone 6 Plus as a standard powerful Apple model today. But this does not mean that it is a model that should no longer be considered.

Although it will have great difficulties under heavy workload, we can say that the iPhone 6 Plus is still a solid choice for those who will use the phone for everyday purposes.

Image stabilizer, which is stubbornly not added to many devices today:

For those who don’t know, roughly this feature provides a more stable shooting experience by compensating for shakes and shakes experienced during image shooting.

Fluency that resists over the years: 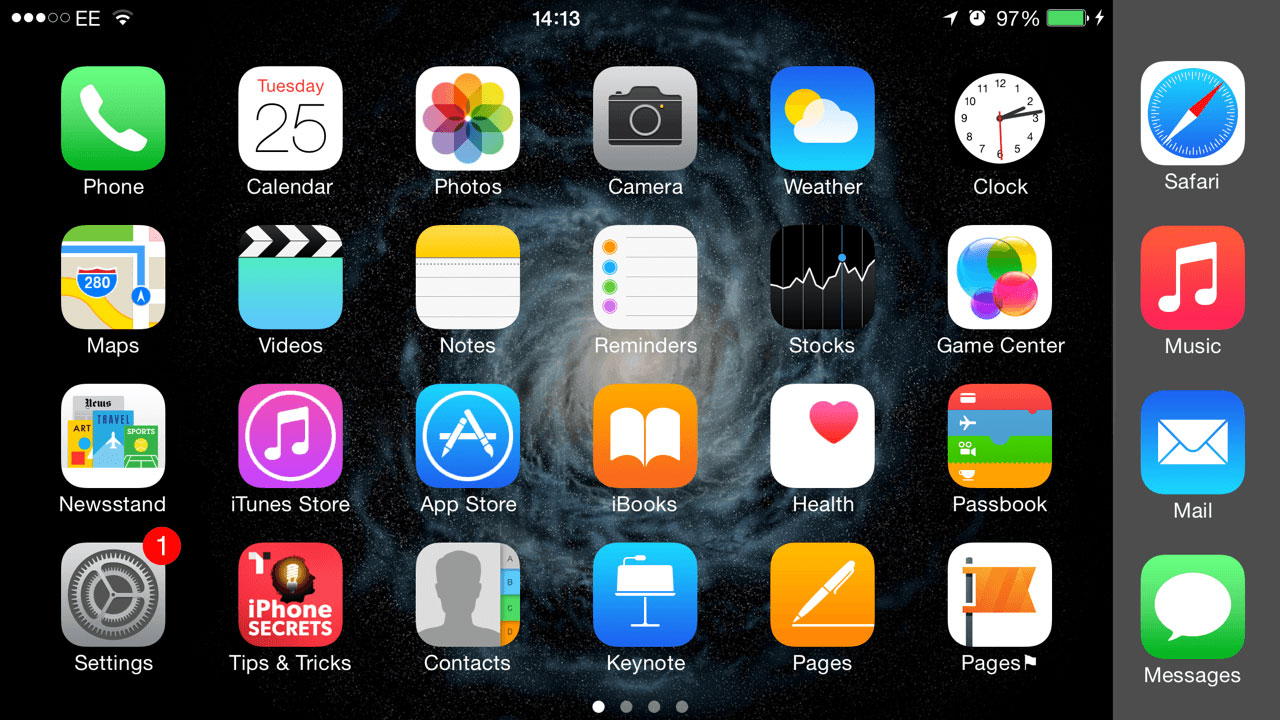 It may surprise you that the iPhone 6 Plus only has 1GB of RAM, while even entry-level devices today see 3 and 4GB RAM capacities.

This may make you think that the device will be slow in every task, whether heavy or light, but thanks to Apple’s long-standing hardware and operating system harmony, the iPhone 6 Plus still offers a surprisingly fluid experience despite all the years that have passed. 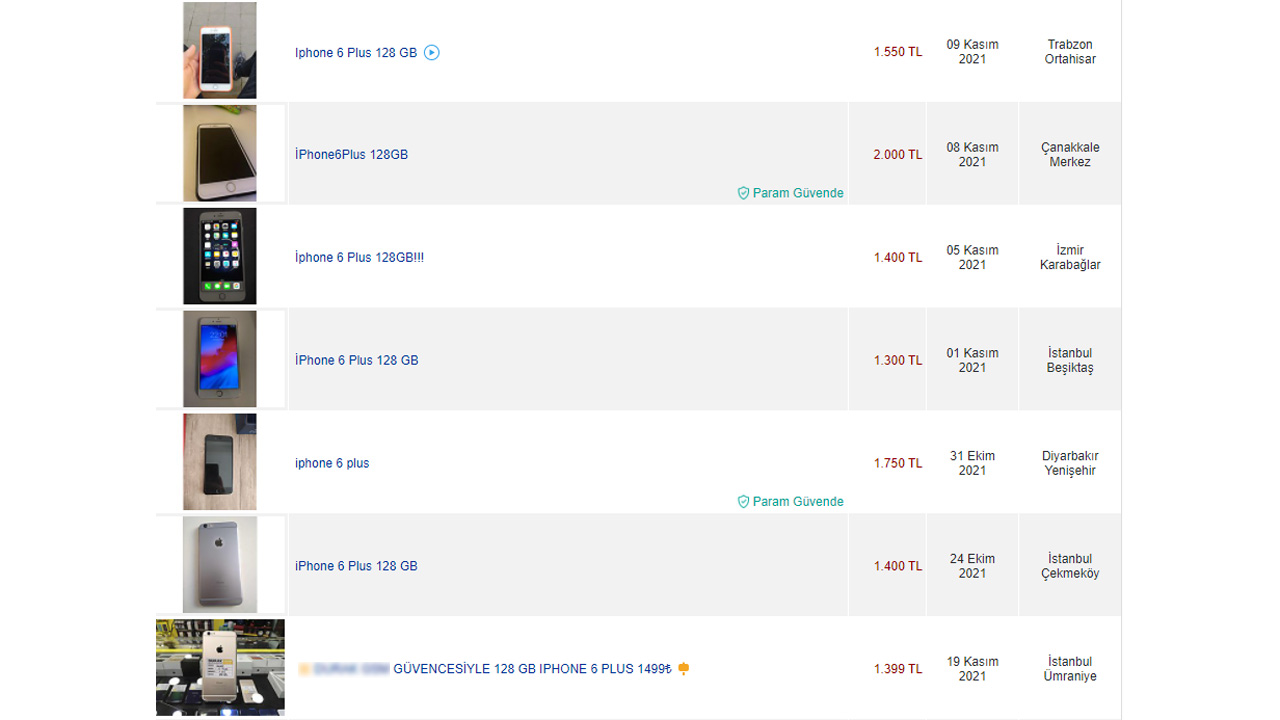 Let’s come to one of the key points. While the dollar was breaking records against the TL at the time of our writing – 1 dollar = 11.23 TL at the time of writing – a second hand model that you can easily find for less than 2000 TL is the iPhone 6 Plus.

This is pretty good for a device to be used daily. We recommend that you stay away from the 16 and 32GB models, as your only concern is the phone life. 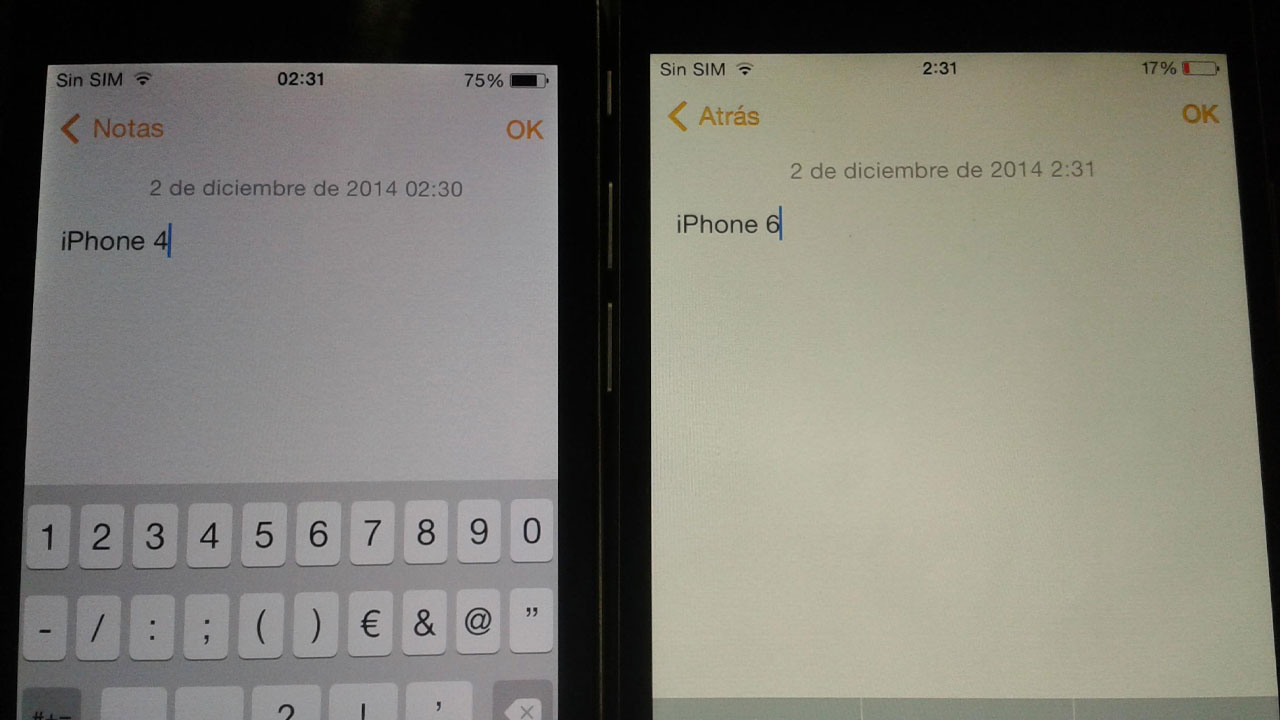 In the year it was released, many users were complaining about the screen yellowing problem of the iPhone 6 family. This issue was manifested by yellowing in reasonable areas of the normally white screen. Although it does not affect the performance of the devices, the size of the problem that bothers the users cosmetically will vary from individual to individual. 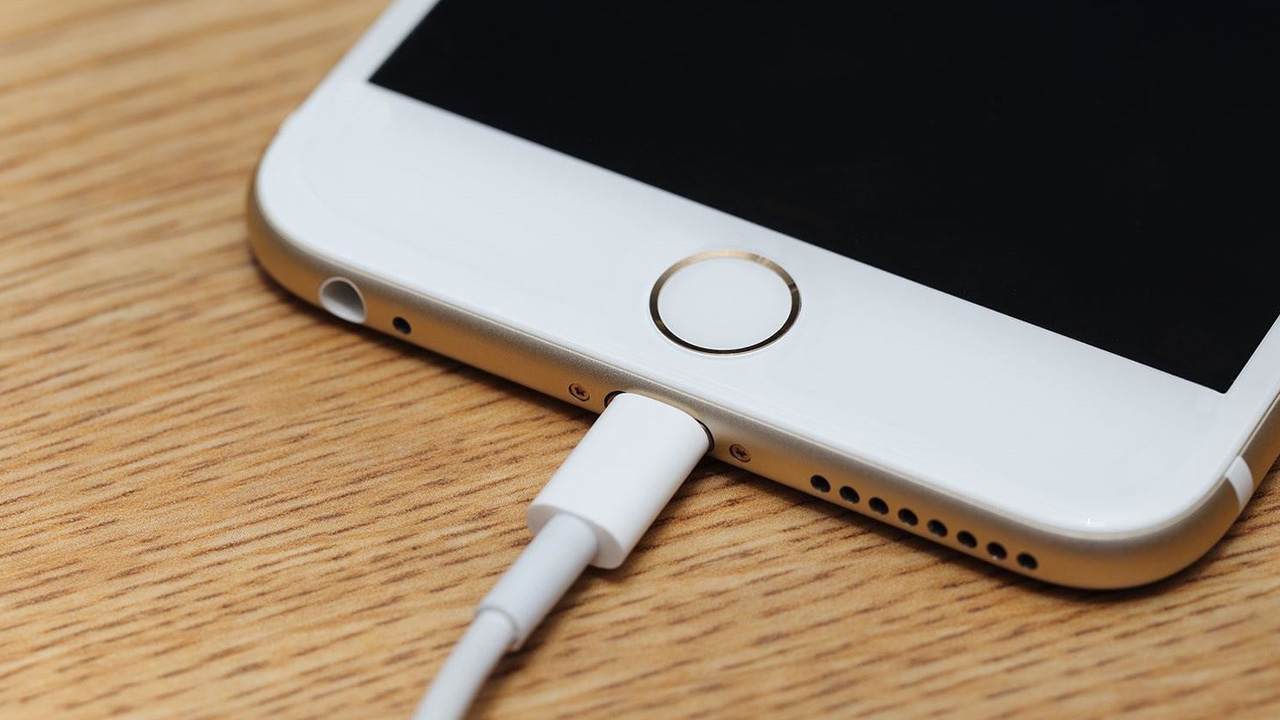 Unless you turn to an iPhone 12 and above device, you will complain about the battery on Apple devices. For this reason, you will need to consider this problem when buying a new iPhone or when looking for a second hand.

If you want the affordable phone you want to buy to manage you all day long in terms of battery, the iPhone 6 Plus may not be the real choice for you with its 2915mAh battery. Again, let’s point out that this may vary depending on the intensity of use. 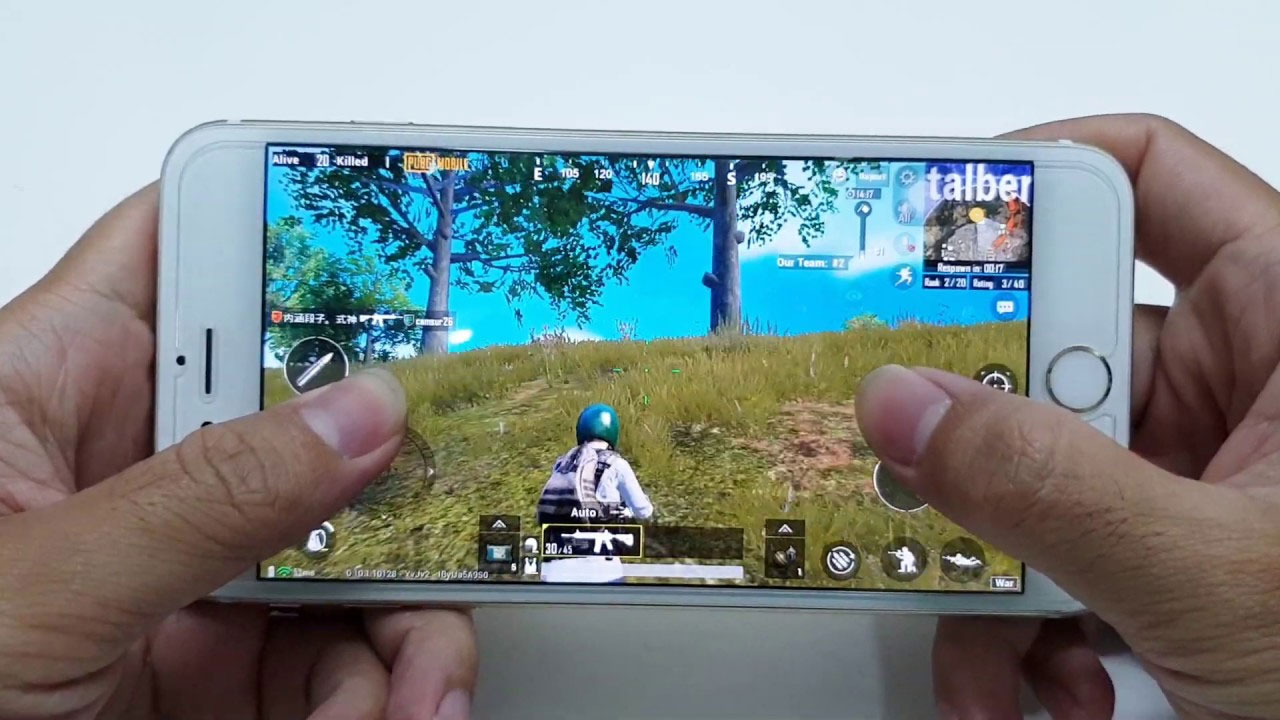 The iPhone 6 Plus has Apple’s dual-core A8 processor. The device, which can play games fluently in the year it was released, leaves users with freezes due to the fact that the games receive updates for new generation devices today.

For this reason, no matter what device you buy, it will be enough to research the game performance before you buy it.

Failure to catch up due to updating services while the device remains intact: 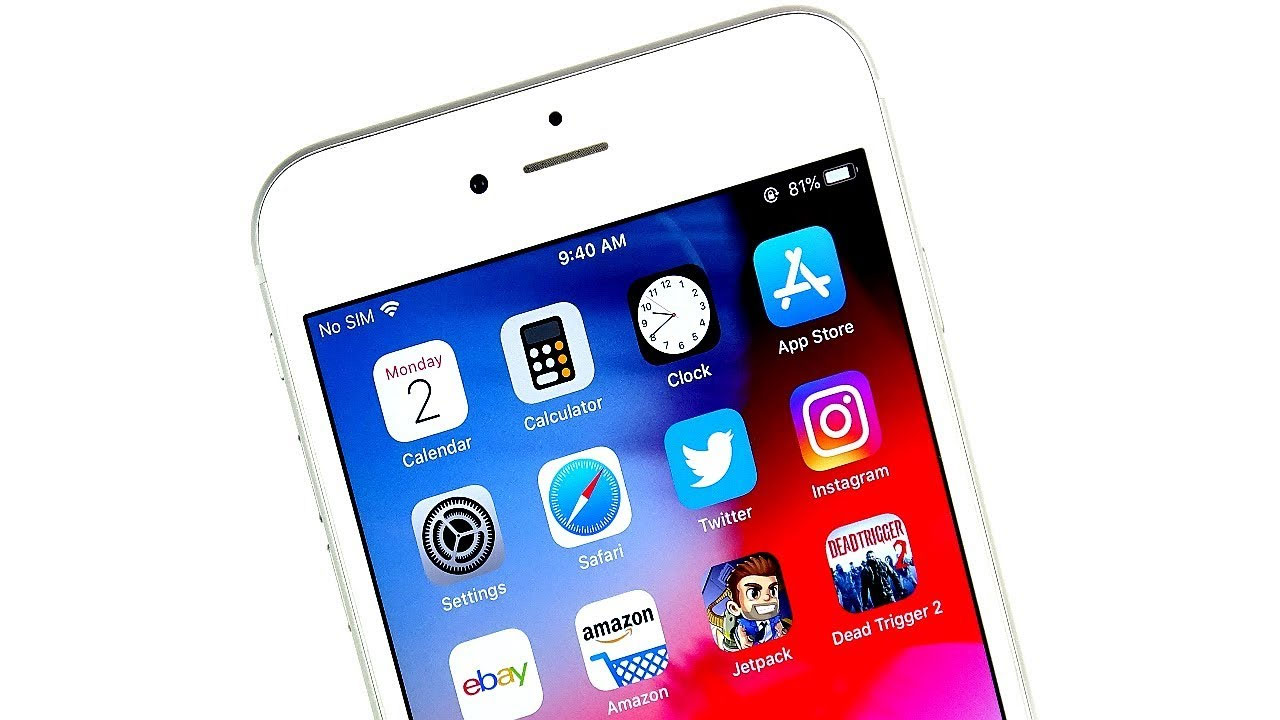 The iPhone 6 Plus debuted in 2014. Today, the iPhone 13 family is making a mess with its performance. In all that time, both the applications on the market and Apple’s own services have received many updates. Since these updates are for new devices every time, slowness has started to be seen in old models.

An example of this is the unavailability of WhatsApp on the iPhone 4 series.

Not much life left: 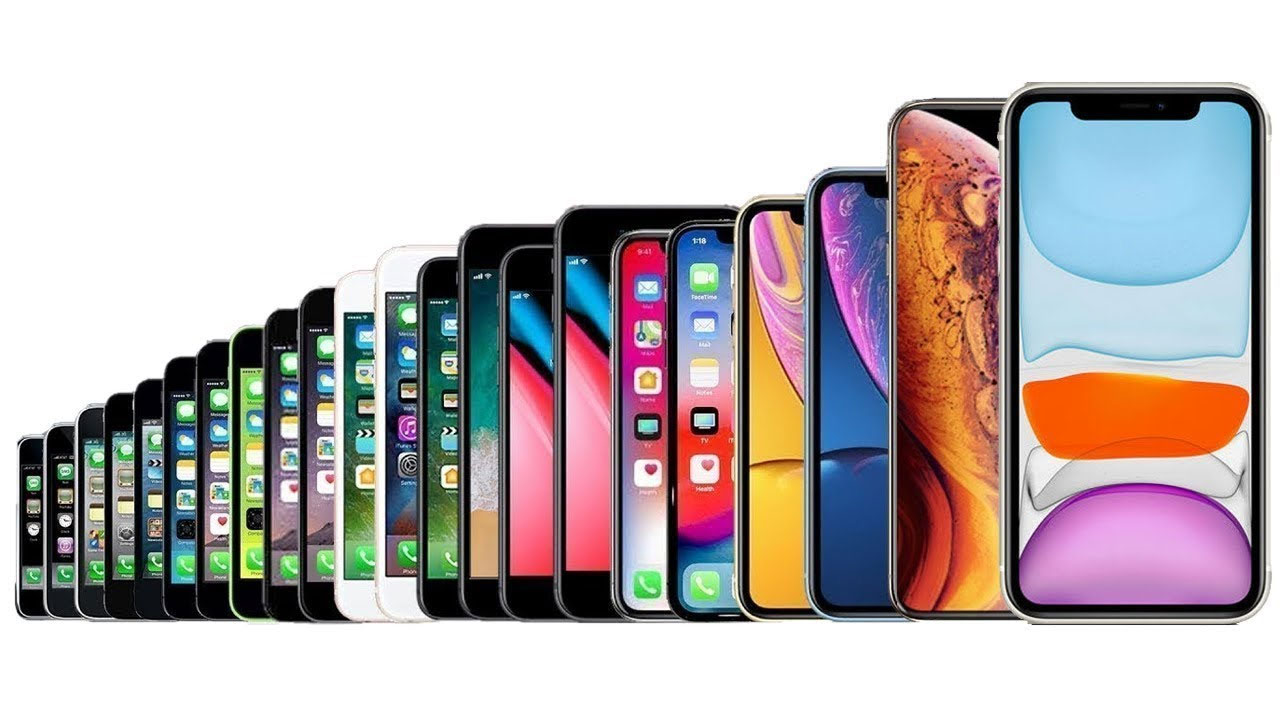 If you can find it today, you can also buy an iPhone 3. When we think logically, you can make calls with that phone, but you cannot use almost any of the current services on that device. The iPhone 6 also currently supports many current technologies, but it will share the luck of the iPhone 3 after a while, although not soon. Just like the iPhone 4 family did. 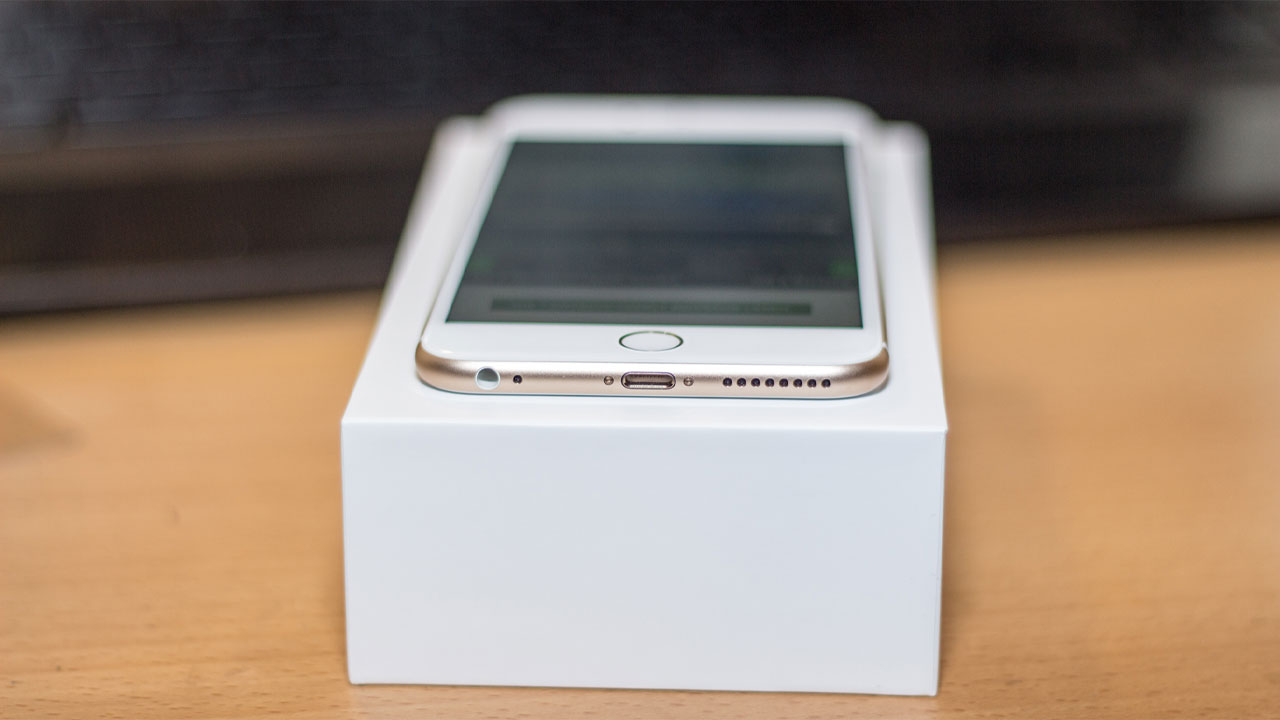 The iPhone 6 Plus is still a daily device today. So, don’t be afraid of Apple’s preparation for the transition to the next model after the iPhone 13.

If you are a student and looking for a budget-friendly phone that can do the job, if you are looking for a device for easy tasks such as surfing the web rather than playing games, we can say that the iPhone 6 Plus is the perfect fit.

However, if you are looking for a device to carry heavier loads, we cannot say that the iPhone 6 Plus is suitable for you. It should be kept in mind that both types of devices are at the end of the line in terms of application and service reinforcement.

Finally, choosing a model with at least 64GB of internal memory will benefit you in terms of lifetime. You can also share your intentions about the device in the comments section.

Samsung Gets Patent For Phone With Rollable Screen