Telegram, which is in the middle of the world’s most recognizable communication platforms together with WhatsApp, tries to offer a smoother communication experience to its users with each new update. The platform, first launched in 2013 and created by Russian programmer Pavel Durov, has announced a feature that will record scenic talks and live broadcasts in the past months.

Now, an update has come from Telegram that will make WhatsApp users jealous. According to the statements made, the application, which has more than 550 million users, is adding many long-awaited new features with the Telegram 8. 4 update.

Messages can be reacted with ’emoji’ 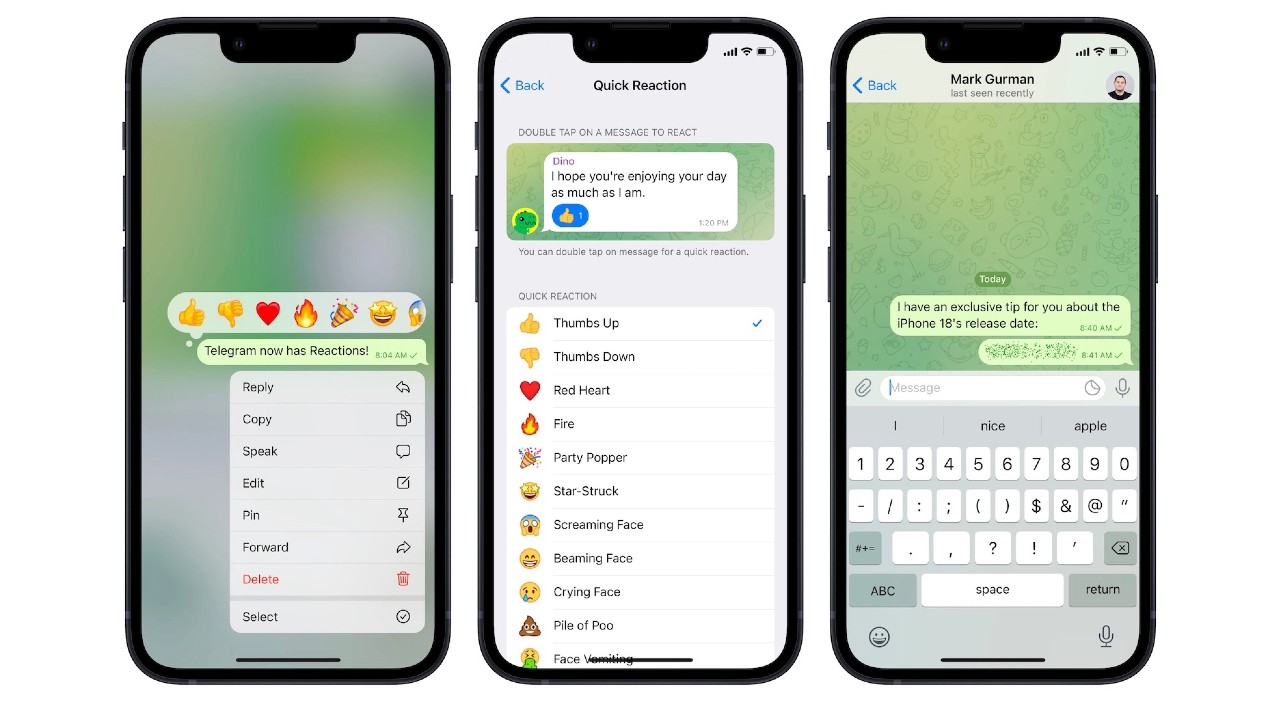 According to the incoming news, with the Telegram 8. 4 update, which is available, users will now be able to react to messages with ’emoji’. This feature, which we previously encountered in communication platforms such as iMessage, Discord and Slack, will allow Telegram users to react to messages with six different emojis. In addition, these emojis can be customized on iOS; but it is stated that this is not possible on Android for now. It was also mentioned in the middle of the explanations that the emojis, which can be used by clicking the messages twice, can be changed from the ‘Quick Response’ section in the ‘Stickers and Emoticons’ section of the ‘Settings’ section.

In addition, Telegram stated that “animated emojis” have been developed to make the communication experience even better, making them much larger and more attractive. In addition, a ‘Spoiler’ alert has also been introduced to hide sent messages. Thanks to this, users will be able to hide the sent text; Hidden texts can also be opened when clicking on the notification. It was stated in the statements made that a feature that can translate messages into a different language directly through the application has been added to the platform.

WhatsApp continues to maintain its title as the world’s most recognizable messaging platform. However, it would not be wrong to say that Telegram has made valuable attacks in this regard by improving its application gradually and has taken great strides in preventing other communication platforms.

Price and Features of Vivo Y21T

How the iPhone 14 Will Look Revealed