A new feature under development for WhatsApp, the world’s most popular instant messaging application, has been released. The new feature detected by WABetainfo, which reveals new features by examining WhatsApp codes, seems to change the user experience of WhatsApp to a large extent. So what exactly does the new feature of WhatsApp do?

The new feature that WhatsApp developers are working on allows users to reach businesses around them. Thanks to this feature, which can be used with a new button to be added in WhatsApp, users will be able to instantly reach the markets, restaurants, clothing stores and other businesses in their vicinity.

This is how the new feature of WhatsApp will look like 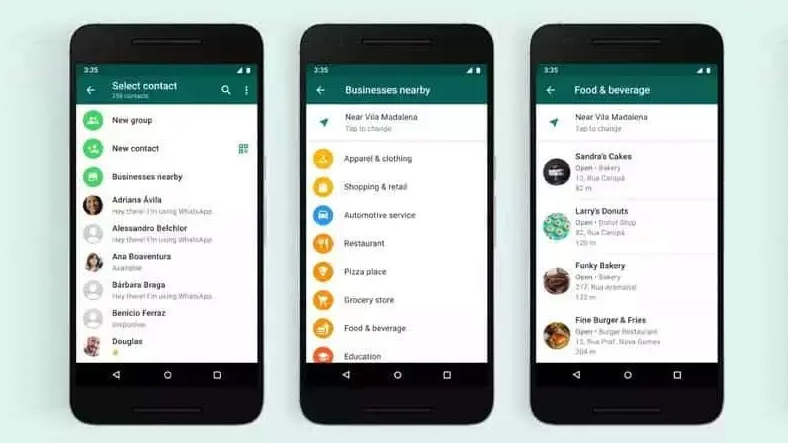 In fact, with this feature, WhatsApp will become a competitor to applications such as Google, Yemeksepeti and Getir. Because a user will see a list of businesses closest to him thanks to the “Business Nearby” feature of WhatsApp. It will be possible to order grocery or food to these businesses, which will be categorized thanks to the filters, with a few taps.

The feature, which is included in the Android and iOS beta version codes of WhatsApp, cannot be used even with the test target for now. In addition, questions such as when this feature will reach beta versions and when it will be made available in a stable manner are still unanswered for now. The company’s official statements will be of critical value regarding the future of this feature, which will completely change the WhatsApp experience.

Details of Xiaomi 12’s Renewed Camera Have Been Determined

A Tech Company Selected The Best Phones of 2021